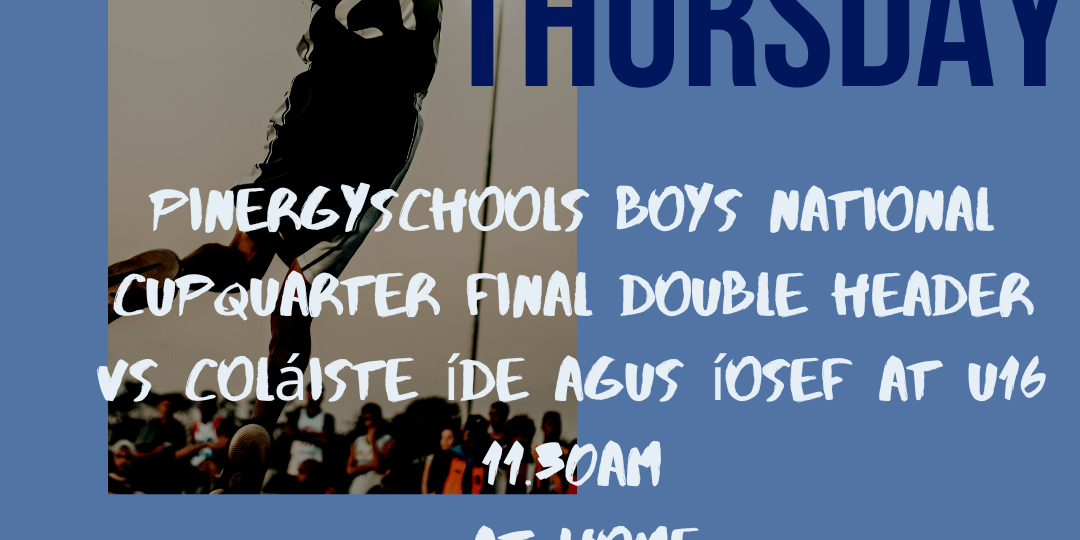 Thursday is a big day for our under 16 and under 19 Boys Basketball teams as they play in the Pinergy Schools National Cup Quarter Finals. Both teams have been fortunate with a home draw and will coincidentally play the same school, Coláiste íde agus Íosef of Limerick at both grades.

The under 16 boys saw off Limerick Educate together in the previous round while the Under 19’s played a thriller against Coláiste Chorca Dhuibhne in a packed Bantry Hall in which they took the win in the dying seconds.

Good luck to both teams. 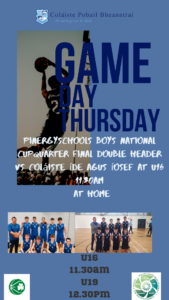