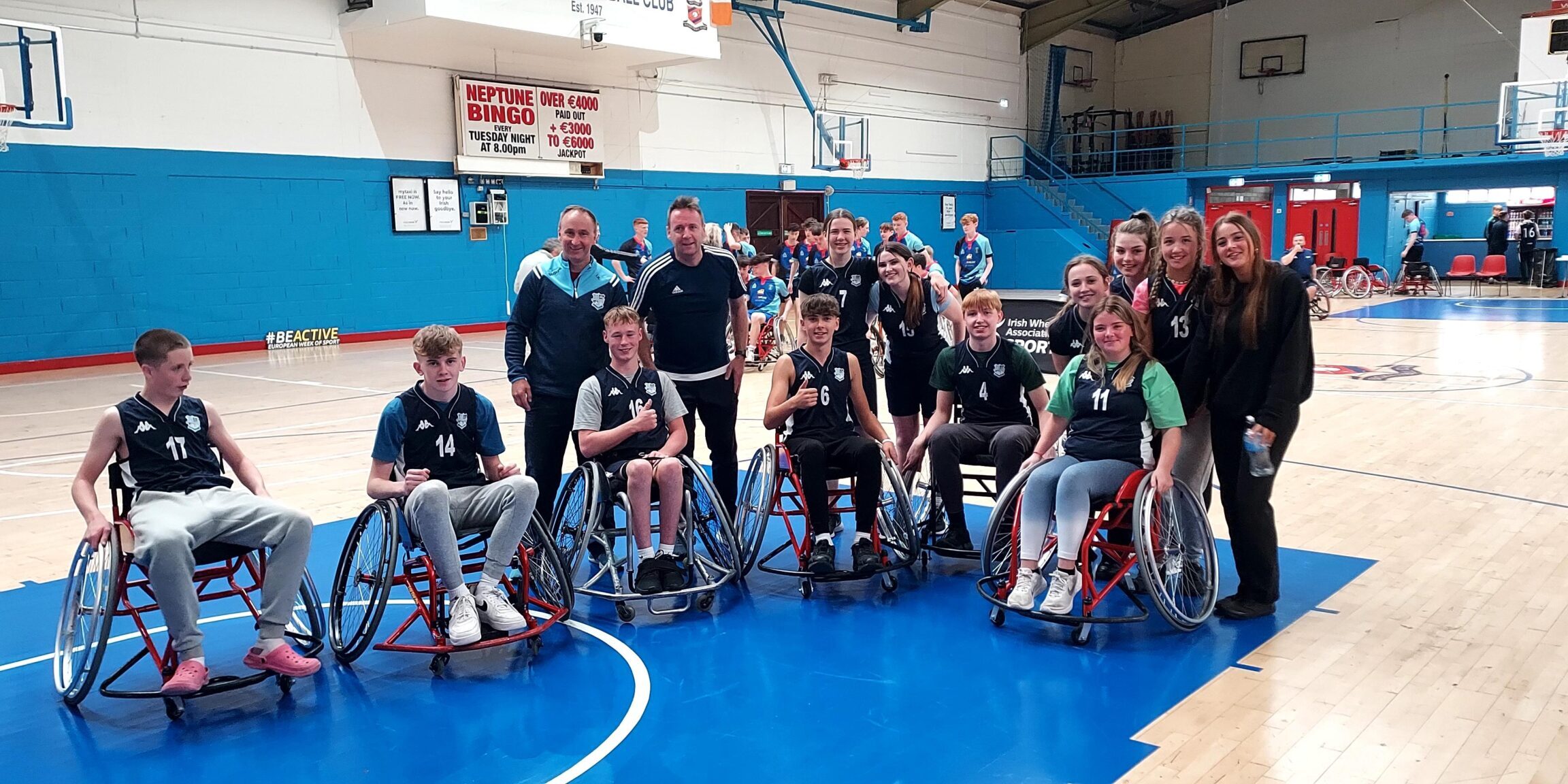 Well done to our Under 16 Wheelchair Basketball team who reached the regional final today in Neptune Stadium. The team played 5 group games and won each on their way to the decider against Crosshaven Community School. Great performances saw off challenges from Kinsale Community School twice, Ard Scoil na Mara of Tramore, St Joseph’s CBS, Nenagh and Colaiste Treasa, Kanturk.

With both teams winning all of their games the final between our school and Crosshaven was always going to be tight. CPB took an early six point lead that was cut to four on the stroke of half time. It was neck in neck all the way to the buzzer when Crosshaven eventually got the vital basket that gave them a one point win and the title.

Our team played extremely well all tournament and for some it was their first time playing wheelchair basketball. Our star of the day was Oisín O’ Connor who having only taken up wheelchair basketball with the Rebel Wheelers a few weeks ago was not only the Bantry teams best player but by far the player of the tournament.
We look forward to making Wheelchair Basketball more accessible in the near future and to entering more tournaments in the New Year.