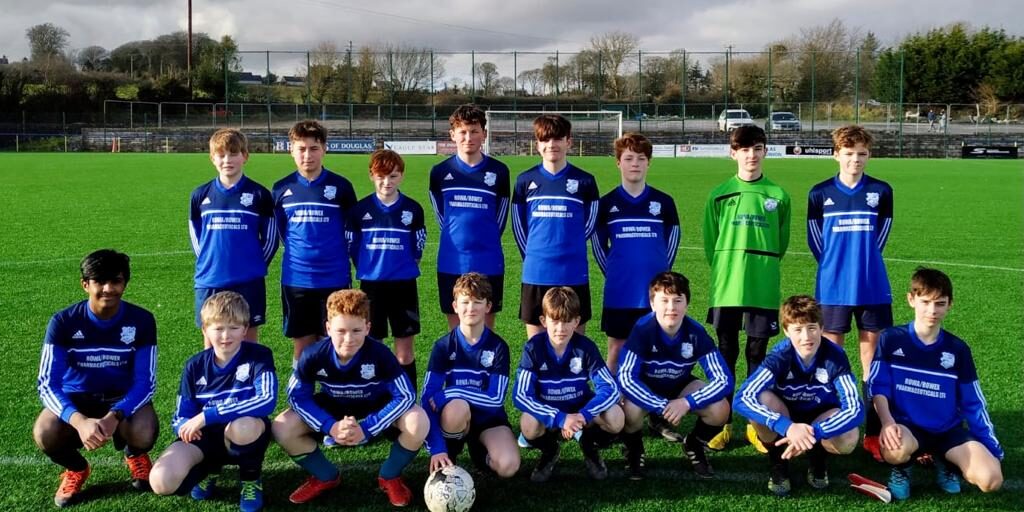 Coláiste Pobail Bheanntraí First Year Boys travelled to face Douglas Community School in the FAI Schools Munster Cup today.
Although on the wrong side of a 3-1 result at the final whistle, the team produced a performance full of energy and endeavour against one of the strongest schools in the competition.
In the face of waves of pressure, the CPB players were excellent in defending set pieces, cutting off passing lanes, running the channels and choosing when to press their opponents or when to drop off.
Although they were forced to work without the ball for a lot of the game, they still provided their hosts with plenty of threat on the counter attack.
Trailing 2-0 at half time, Coláiste Pobail Bheanntraí clawed their way back into contention when Dominik Placzek raced away from the home defence, held off two defenders to cut inside on this right foot and fired a venomous shot from inside the box past the opposing keeper and into the bottom corner.
With the score at 2-1 and everyone’s nerves now jangling, Douglas survived a couple of scares in the final few minutes before settling the tie with a third goal late in the game.

Well done to goalkeeper Iarla Hayes who marshalled the defence brilliantly and produced a string of excellent saves. Dan Joe O’Neill and Ryan O’Boy were also outstanding in their playmaking while the centre half partnership of Fionn Goggin and Darragh Dullea was also very impressive. 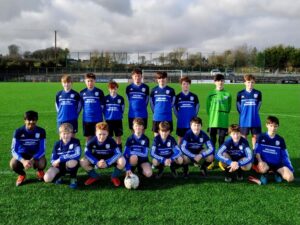