CPB Rugby Players Dylan and Michael line out for Ireland. 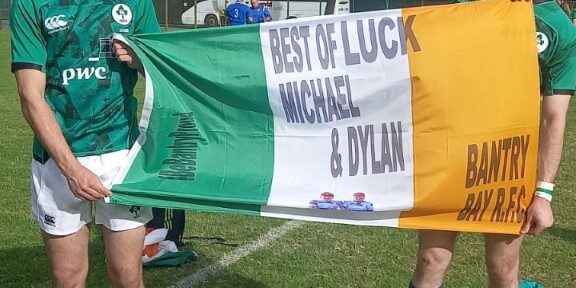 During the midterm break, 2 Colaiste Phobal Beanntrai players took part in the Ireland U18 rugby camp. Michael O Donovan and Dylan Hicks who are in the IRFU National Talent Squad were selected to take part in a 5 day camp which included travelling to Rome to play their Italian counterparts on the 5th of November and receive their first Irish Cap.Dylan played outhalf kicking 13 points from the tee and Michael played outside centre. The Ireland team came away with the win 43-10 helped in no small part by the 2 lads. This was a huge honour for the players, families, school , club and the wider rugby community. They both continue to train and play with Munster U19 CSP team.