Review of a very successful year for our Boys Rugby Teams. 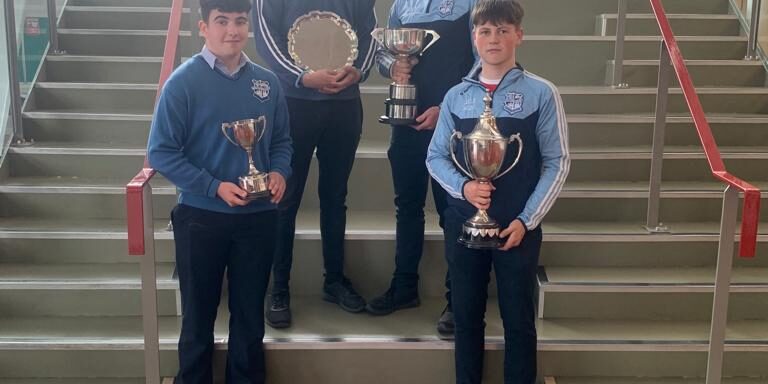 A very successful rugby season is about to come to a silver ending for the 2021/22 school year in Colaiste Pobail Bheanntrai . Some of our respective players are seen here are displaying the silverware of our most successful year to date on the rugby front. Oscar Doody, captain of our U-15 squad (front left) displaying with the McCarthy C Cup which the team won back in October. Dara McSweeney (front right) holds the Aiden Ross Cup which was last competed for in 2019 due to Covid. CPB have successfully won this tournament for the previous 3 seasons. Jack Ward (back right ) is holding the Mungret Cup won in February for only the second time by CPB . This competition dates to 1974 and has a strong connection to the Munster Schools Rugby tradition. Fionn Barry (back left ) and the senior captain holds the Munster Clubs U-18.5 Clubs Plate in which all our senior panel participated in for Bantry RFC.
This season our senior squad also created history by qualifying for the A Schools Munster Rugby Senior Cup for the very first time ever which followed on from the success in 2019/ 2020 in which the school also made the Munster Junior Cup. 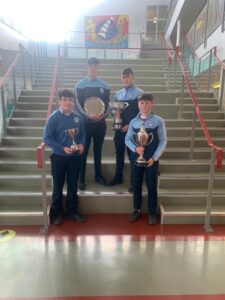