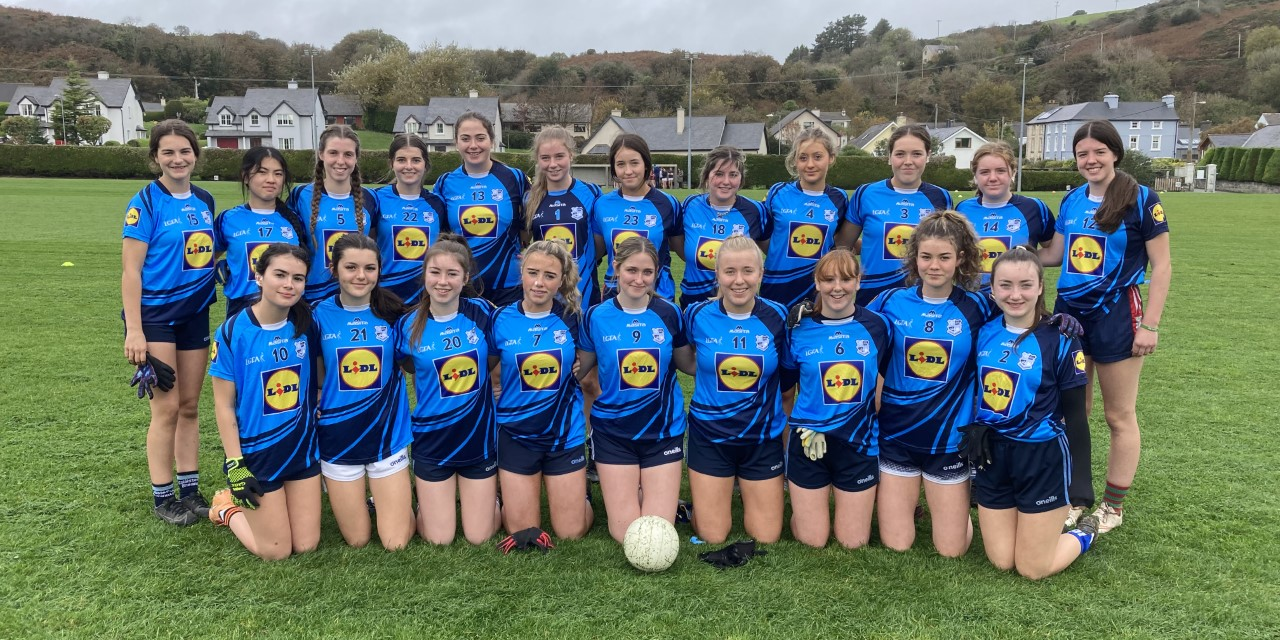 Yesterday our senior ladies footballers played their first match against Coláiste na Toirbhirte, Bandon. Bandon started stronger and had raised green and white flags before CPB got off the mark with a great goal from Lainey Barry after 15 minutes. This was followed by well taken points from Molly Harrington, Aoife Kingston and Katie Russell. The CPB backs all worked tirelessly and had some great turnovers from Ruby O’Sullivan, Molly O’Sullivan, Grace Kingston and Clíodhna O’Shea which led to CPB scores. Ali O’Sullivan scored a superb goal from midfield to level the game after twenty minutes. Bandon took control of the game before half time and went in to the half time break with a 7 point lead. CPB started the second-half with a super point from Aoidhe Murphy straight from the throw in. There were more excellent defensive displays from the CPB backs with Kerrie O’Connell, Caoimhe O’Shea and Ciara Barry winning back vital possession. CPB and Bandon exchanged scores throughout the second half but Bandon went on to secure the win despite some fine points from Emma Kelly, Kelly Daly and Maggie Kingston to name a few. All 21 girls on CPB panel got plenty of game time and there was a lot of positives from their performance with nine different scorers on the day. 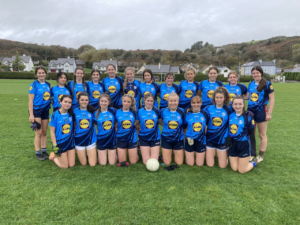