Two wins from two for our Under 15 Boys Basketball Team! 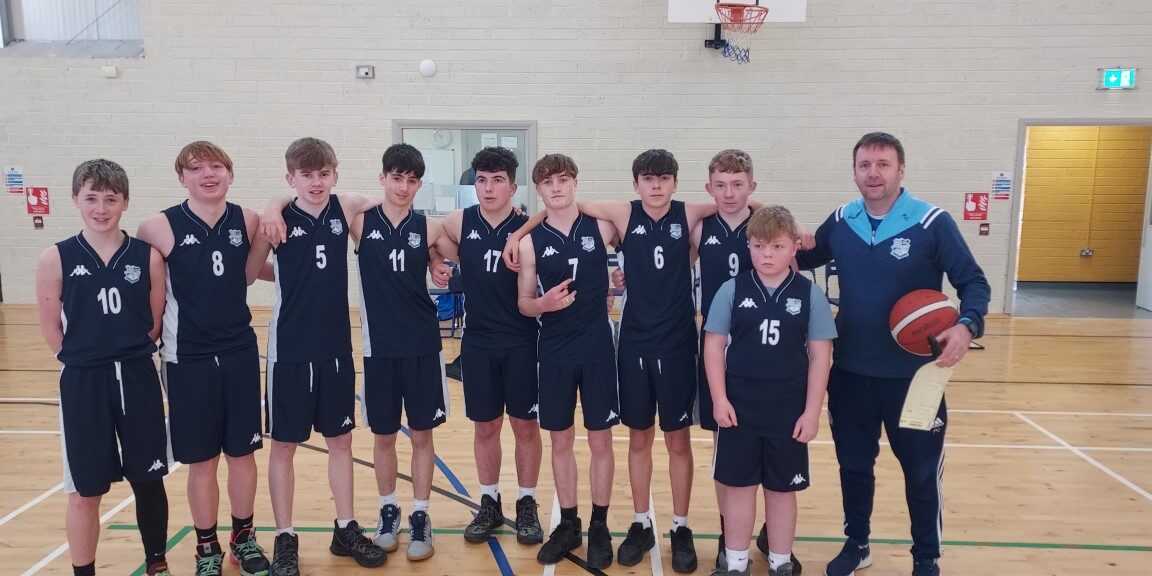 Our Under 15 Boys Basketball team travelled to Kinsale today to play their second of four Pool games in the Basketball Ireland South Schools Championships. The boys showed the signs of a week off training due to mocks in Hall when Kinsale took an early lead and going into half time led by 2 points. The game had been tight in the first half but excellent defense by Owen Crowley, James Murphy, Cathal McCarthy and James Keane kept their team within a basket. Ryan Connolly made some telling contributions in his first match representing the school.

Colaiste Pobail Bheanntraí began to settle into the game in the second half with some good interplay by Jack Phillips and Charlie Curran, who scored 19 and 14 points respectively. Paddy Russel and Captain Oscar Doody also added scores and Jack Gibbons was very strong on rebounds. The second half performance was the winning of the game for our boys who fished out winners on a scoreline of 46-34.