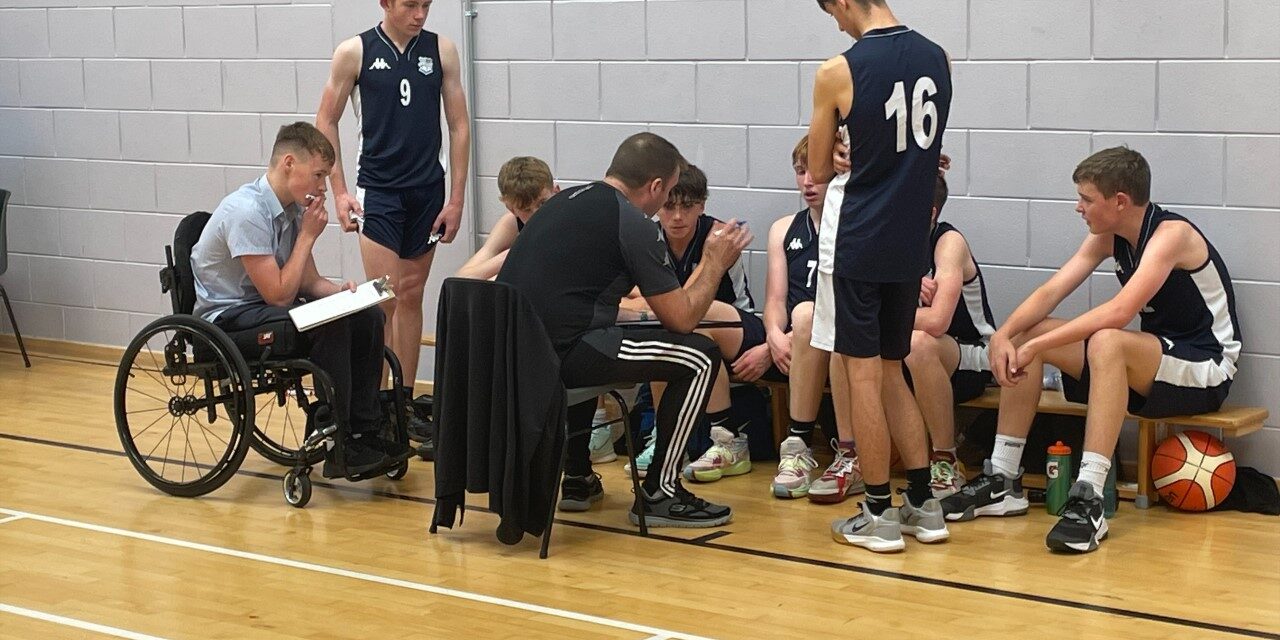 Well done to our Under 16 Boy’s Basketball team who beat Limerick Educate Together School today in the National Cup round two setting up a quarter final date with another Limerick School, Abbeyfeale. Jack Phillips’ shooting game was on song and he bagged himself 23 points in a fantastic performance. James Murphy was outstanding again with 13 rebounds and also chipped in with 12 points. Charlie Curran (9 points) was excellent at point guard with many assists for the top two scorers. Paddy Russel was again excellent on rebounds and his ball screening was the catalyst for many scores for the Bantry team. Cathal McCarthy was exceptional in defense stealing the ball as many as five times. James Keane played very well also and got himself on the scoresheet again. Jack Gibbons defensive game was once again outstanding. Thanks again to Oisín O’ Connor for providing vital in game stats to the coach.

We never thought of a team photo but Hannah Hourihan captures this great shot of a timeout. Thank you Hannah! 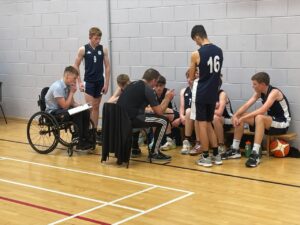