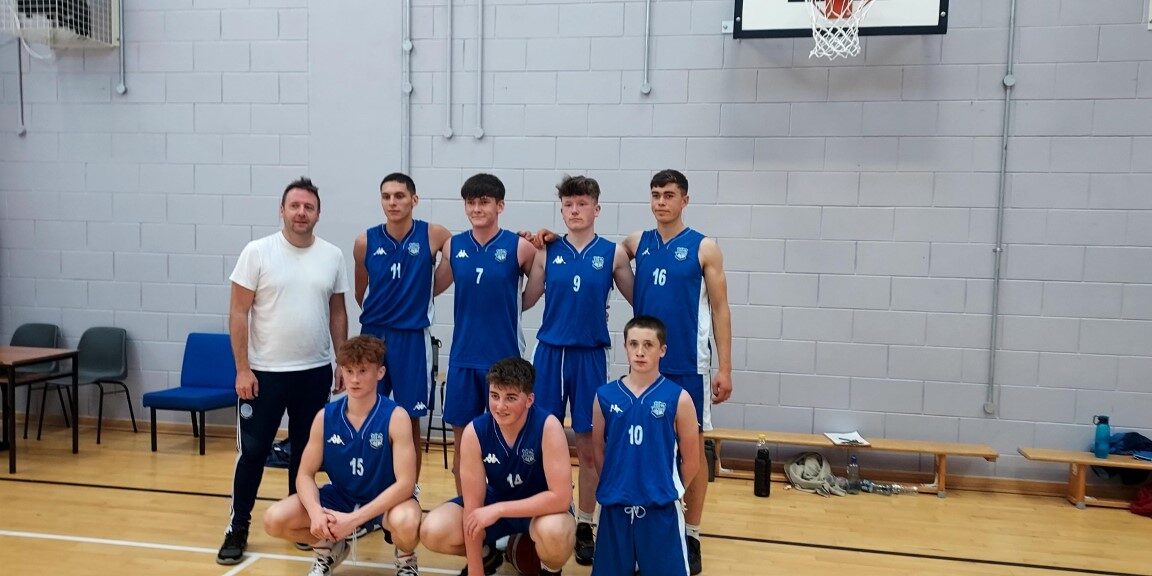 Well done to our under 19 Boy’s Basketball team who beat Carrigaline Community College today in a very exciting game at home on a scoreline of 45-36.

Guido Toniola and Cian Keohane were top scorers with eleven points each in a game that CPB had to play without their captain Mark O’ Sullivan due to injury. Eoghan O’ Donoghue was immense under the basket as usual and Ethan Hanley showed huge improvements in his play which gave him 6 points and 5 assists. Cian Keohane was excellent at point guard, with Ronan O’ Sullivan and Charlie Curran chipping in with three pointers also. Shane Murnane played his first ever basketball game today and his workrate and rebounding were fantastic. He was the highest rebounder of the game with eight in total. Guido Toniola had a fantastic game on defense keeping Carrigalines best player on the day, Thomas Foley to 7 points.

The under 19’s play Coláiste Chorca Dhuibhne of Dingle next Wednesday  in the Pinergy Under 19 Schools Cup at home. Good luck!