Under 17 Boys Soccer team Advance to next round of FAI Schools Munster Cup! 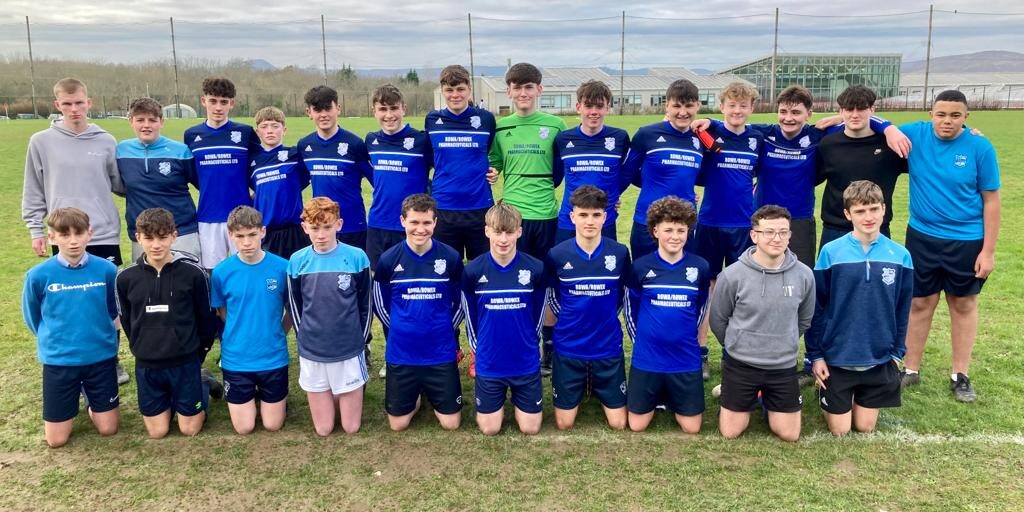 Coláiste Pobail Bheanntraí U17 Boys came out on top after a terrific encounter with Clonakilty Community College in the FAI Schools Munster Cup last week.
Midfielder Luke Salter- Townshend and defender Christopher Cronin were inspired in their efforts throughout the game alongside Player of the Match Callum McElhinney who produced an excellent all-round performance.
Playing in the crisp January sunshine front of home supporters, Bantry found it difficult to get into their rhythm in the opening minutes. Clonakilty carved out some good chances during the half but, at the other end, sharp finishing from Ben O’Sullivan and Brian O’Sullivan Connell saw Bantry lead 2-0 at the break.
The home side started the second period more brightly, creating some excellent phases of play and had their fair share of opportunities to grab a third goal.
Clonakilty pulled a goal back and forced Bantry to work exceptionally hard to combat increasingly direct attacks with plenty of pace and power.
With the game now stretched, there was less control of play and chances were being conceded at both ends.

In the final minutes, an outstanding fingertip save from stand-in keeper Eoghan O’Donoghue kept the home side in front. They rallied well from this moment,  regaining control of the game until the final whistle which saw them move into the next round of the competition. 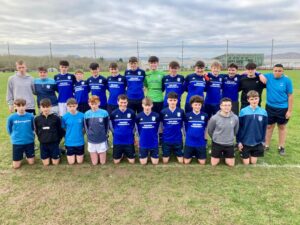