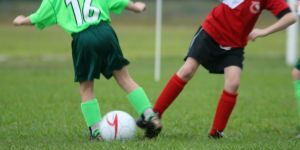 The college’s Under 19 soccer team recently progressed to the knock-out stages of the FAI Schools’ Munster Senior Challenge Cup with a 2-1 win against Ashton Comprehensive in a game held at the newly refurbished Bantry Bay Rovers grounds in Kealkill.

After a heavy defeat to a strong Carraigaline side in their opening group game, CPB went into the game knowing that only a win would see them progress in the competition and, despite dominating much of the opening half, were further hampered by the sloppy concession of a goal from a corner just before half-time. In spite of this set back, the team rallied and were soon level through a penalty from Ireland international player Connor

Ellis. As the second half progressed, the game grew more physical with numerous yellow cards being accumulated by each side. Indiscipline was to prove more costly for Ashton as they were reduced to ten men with an hour played. CPB carved out chance after chance from this point and, just as it seemed that the day would end in yet another hard luck story, Ayrton O’ Shea pounced on a loose ball and produced a cool finish that put the Bantry school ahead with barely enough time for the game to restart.

This win was even more satisfying considering the fact that of the starting team, more than half are eligible to play at Under 17 level and all would be eligible for Under 19 level again next year.

The following day, much of the same players were part of the Under-17 team that travelled to Dunmanway to face a highly fancied Cobh in the FAI Schools’ Munster Junior Cup. CPB were in no way over-awed by their more illustrious opponents and took the lead with Connor Ellis again making the breakthrough. As the game progressed the weariness of having to play twice in the space of twenty four hours began to show in many of the players and Cobh’s increasingly dangerous attacks paid off with an equalising goal. Forced into extra time, CPB showed remarkable strength of character to continue compete in a thrilling end to end game. The penalty shoot-out that followed extra time began with keeper Michael Casey saving Cobh’s first spot kick brilliantly but Bantry hearts were to be broken as their opponents converted their next six, to win 5-6 and advance to the next round.

Earlier in the month, the Under 15 team hosted Patrician Academy Mallow in their FAI Schools’ game. Playing in Kealkill, CPB took control in the opening exchanges and, after fifteen minutes, Thomas Keaveny rifled a low shot from the edge of the area into the bottom corner. Rather than make the most of their advantage, the CPB team lost concentration and began to give the ball away and their opponents punished this complacency by scoring three goals in quick succession. Stung by this, the Bantry team again took control in the second half. They created a number of opportunities to score, including two clear cut chances but were unable to convert any. As the game wore on, the Patrician Academy defence held out leaving CPB with a hard but valuable lesson for the future.