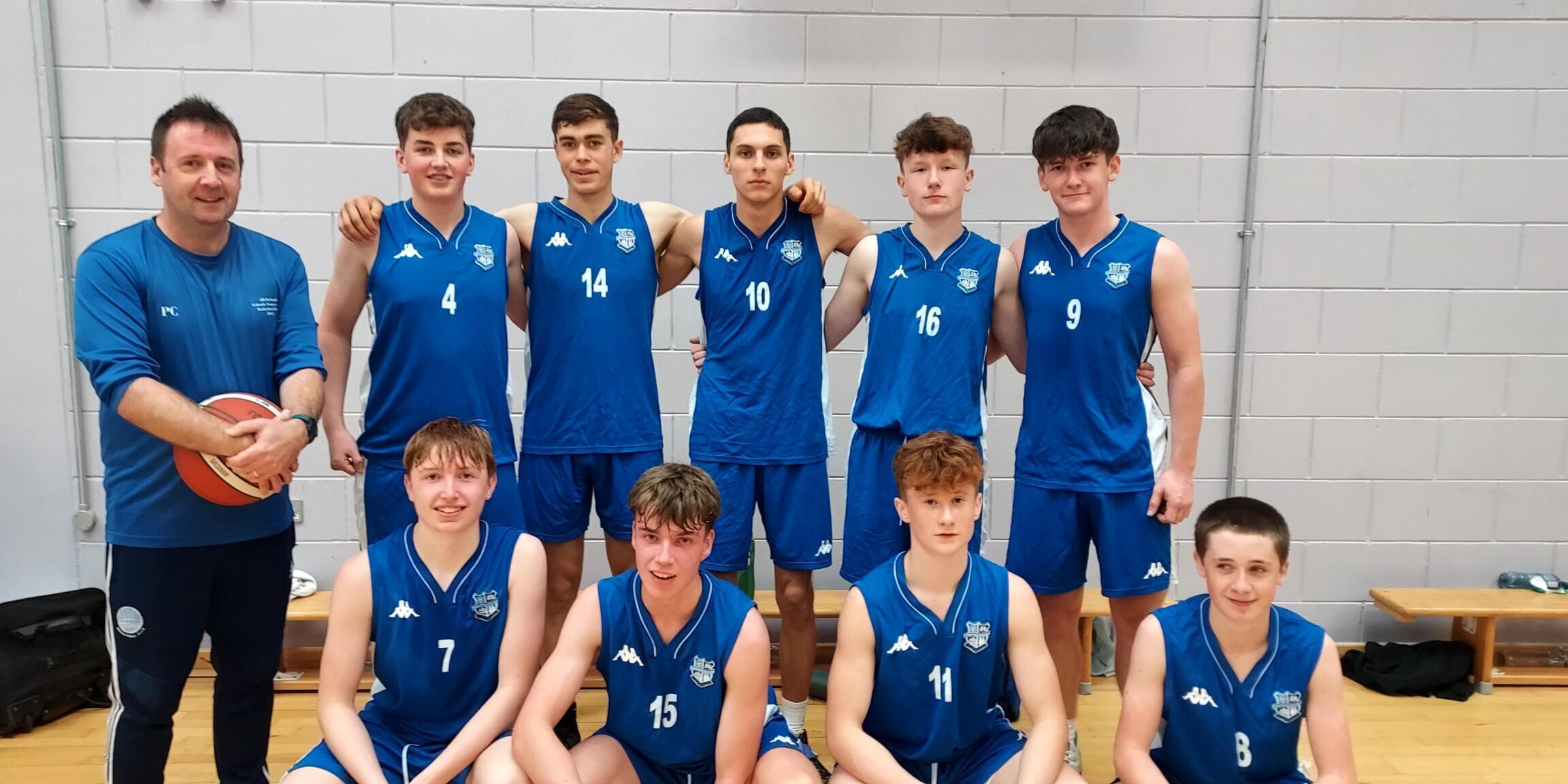 Well done to our under 19 Boys Basketball team who won an absolute thriller in a packed Coláiste Pobail Bheanntraí gym today in the Pinergy School’s-National Cup round of 16 against Pobalscoil Chorca Dhuibhne of Dingle. CPB couldn’t have gotten off to a worse start when they found themselves down 13 points to nil after 5 minutes of the first quarter, mainly due to the presence of Irish Under 18 Captain, 6’6ft Aivaras Uosis. Uosis of Dingle showed his calibre with most of the opening scores including two dunks.

However late in the quarter Guido Toniola started a comeback for Bantry with two great baskets and some great defensive stops. Eoghan O’Donoghue and Mark O’Sullivan began to find their rhythm also and Bantry looked more settled. The under 16 duo of Jack Phillips and Charlie Curran entered the game, and they added scores and balance to the home team’s offense. Bantry stayed neck in neck with the Dingle boys over the next two quarters, both teams trading the lead at different times of the game. Ethan Hanley and Ronan O’ Sullivan made impacts in each quarter and Cian Keohane found his scoring range with three, three pointers in a row. Shane Murnane was excellent on rebounds as was Eoghan O’ Donoghue as they were up against giants on the Dingle team. Jack Phillips was excellent and added score after score with a total of eleven for the day.
In the final quarter the teams traded scores again and again. But the last quarter was won on defense, and especially that of Mark O’ Sullivan and Guido Toniola who were immense at stopping the Dingle teams offense. Dingle lead by two with a minute to go but the Bantry Boys never gave up. Cian Keohane hit a fantastic three from an inbound set piece to give Bantry a one point lead to the deafening cheers of the Coláiste Pobail supporters. Bantry made a stop on Dingles next offense and with twenty seconds to go Charlie Curran hit a huge three pointer which increased Bantry’s lead to four. Incredible defense by inspirational captain Mark O’Sullivan caused another turnover on the Dingle restart and Eoghan O’ Donoghue found himself fouled at the basket with 9 seconds to go. He converted the two free throws to turn what was a two point deficit 60 seconds earlier into a seven point lead and ultimately a fantastic win.

The team would like to thank the incredible support of their schoolmates and teachers. Well done everyone!