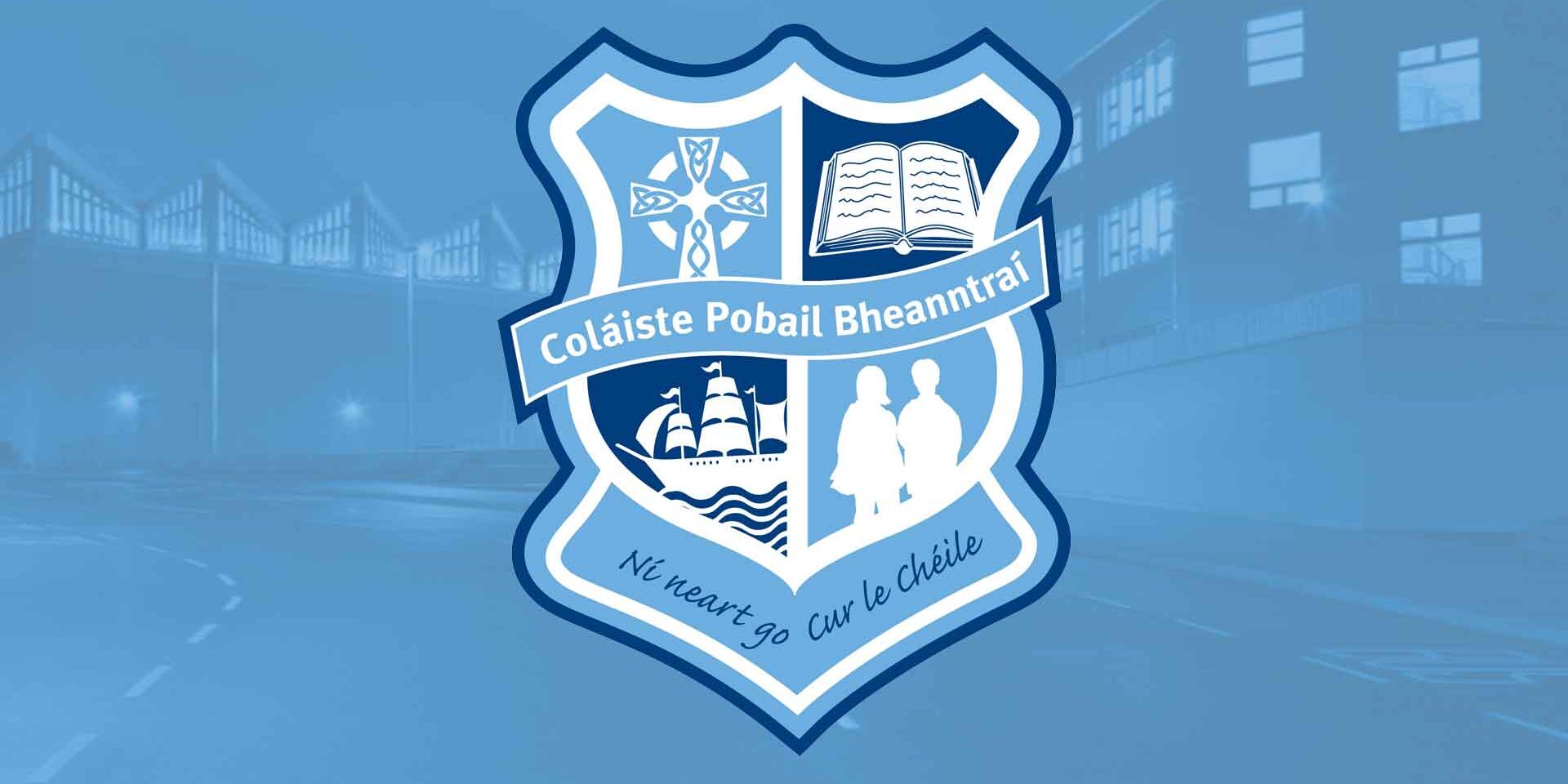 Congratulations to 1st Year Boys Footballers, who won the Dr. Herlihy Cup on Sunday 31st March, beating Hamilton High School Bandon on a score line of 3-13 to 2-9. Adding to this tremendous achievement, is the fact that this is the first time our school has won this competition, and also in doing so, brought a hault to Bandon’s aim to win the title for a 5th consecutive year.
The Dr.Herlihy Cup is a 1st Year West Cork football tournament, whereby schools in West Cork are invited to a tournament, and is ran over one school day, with the top 2 teams qualifying for the final. Our school entered 2 teams on the day, and each team played 2 games each, against both Hamilton High and also Skibbereen Community School. Both teams enjoyed victory over Skibbereen, with one team also partaking in a dramatic draw with Hamilton High, which ensured that both CPB and Hamilton High were to contest this year’s final. As has become tradition over previous years, the Dr.Herlihy Cup precedes the West Cork u21 club final, and this year’s event took places in Castlehaven G.A.A. grounds.
On the day, CPB were the far superior side, with a strong 2nd half team performance ensuring that CPB were crowned champions, with Jack Sheedy lifting the cup as captain.
Dr.Herlihy Cup Panel: Eoghan O’Donoghue, Fionn Harrington, Shane Murnane, Eoin Daly, Conor Cronin, Mark O’Sullivan, Colin Arundel, Michael O’Donovan, Jack Sheedy, Fionn O’Donovan, Alex Cronin, Sean Lawton, John Barry, Callum McElhinney, Tadhg Collins, Pardaig O’Sullivan, Sonny Hogan, Kian O’Mahony, Luke Salter – Townshend, Cian Keohane (Absent on the day: Eoin Bowden, Oisin Brady, Sean O’Shea & Ben O’Sullivan)